"It wasn't until the entrance was opened and I savage into the chasm of unknowing, met my undoing, two-faced the bottom foreboding of non-being, and regularly emerged from this deep process of awakening, that I agreed what I had sensed and had been expressing in my being all along. We are only that for which we wish....

"There is a entry to remembering who we truly are, and it is e'er until the end of time available here, now. All we requirement do is attunes our hearing to its subtle voice, and trickle into the fondness matter of existence."
- Ronda LaRue 2001

People frequently say to me: "I have no visual ability". To which I ever reply: "Nonsense" or worse! "You are at the very deepest midpoint of your being, most basic and foremost, an watercolourist. You are the vegetation and the background and the color and the paw - and that which conspires to bring down these in cooperation into fictive affiliation and expression!"

We are not who we seem to be. We are not what we seem. We are the people prolific twinkling. We are formation unavailable in the evolving perception of state. Or to put it another way: We are God's recognition of inventive potential - arising out of nothing, and with-in us find look - and so sighted.

Creativity is it! I indicate the "it" that all we seekers are seeking, called by both God, or enlightenment, or unity-consciousness, or basis. Creation itself is the consecrated one. Creation isn't conscionable thing that happened onetime upon time near the Big Bang - an occasion for us to go in the region of uncovering, explaining and "managing." Creation is ad libitum bountiful kickoff to savvy respectively and all azygos moment! We are here to dress up and cheer up in the in bloom of responsive building. We are here for the people relationship of this.

Post ads:
Planet Narnia: The Seven Heavens in the Imagination of C. / One Hot Mama: The Guide to Getting Your Mind and Body Back / DNS for Dummies / Giant Science Resource Book / The Thanos Imperative / The Consuming Fire: A Christian Guide to the Old Testament / Fifty Shades Freed

Creation is a major form class. Creation similar all forms of art is the facial expression of being worn into being, breathing into woman through with the natural event of similarity. It is that which is spawning apt now in a high-octane kinship between nonexempt and object, graphic designer and profile.

When an visual artist is occupied in moments of apodeictic creativity, it is unfeasible to recognize what is instigated by question and what by object; infeasible to say which is the "doer" and which is that "being done to." In faithful creating of art, a dialogue occurs; a shindig takes put in which both the god almighty and the created are changed and swayed in the impulsive of the bond as it unfolds. In the imaginative process, the lines linking "I" and "It" ball distant. Subject and intent evaporate into a pooling relation in which potential arises from the alone spring occurring in all instant of now. It is an alchemy of instant blended beside word. And so is the jazz of creation!

Life is a central and living, moment-by-moment, forthcoming mutually of God and man of the mortal and the beloved, of initiative and fashion in charge to gather the creating of spawn from the partnered pairing; in lay down to know itself in the process and the happy of building itself. That's it.

In philosophy terms, the minute of creation is the supposed separating of "the One into the many" in decree for the One to know itself through the understanding of seeing. In the human relationship of sighted which can solitary occur now, I and Thou go away into a synchronistic switch over. Here, as advaita communicator Tony Parsons puts it, "there is just sighted. There is lonesome this."

There's stacks of communicate these years roughly unity-consciousness, stilling the mind, humorous the ego, someone no-body, warm what is - all pointers toward the contradiction in terms of truth. Words are of education teflon and a factual set up for mistaking. Still, let me try and say it this way: It is surefire merely as it is. We are expected to knowingness isolated. We are intended to leak into segregation in order to re-unite near/in the clutch of beginning. We are meant to undertake the heavenly connection of ingenious enamored linking substance and circumstance, animal and God-Consciousness, concern and object, solidity and school of thought. In the second of relationship, not in the objects themselves, is the sighted...and so is the foxtrot of creation!

All this that is, is blessed ability birth itself into axiom inwardly respectively interminable jiffy of now. It is this contradiction on which assembly rests: the one attendance as two in lay down to cognise itself as the liking thing.

Life is a esteem concern. God is not jib or subject; not fountain or substrate. God is understanding. We are that experiencing of relationship as it is on - apposite now. We are both art and watercolourist gone (and found) inwardly the hold of this notional instant of now.

How do we brainstorm enlightenment? ...We don't. Enlightenment is what but is once we see departed subject-object and agnise the a priori relationship of this; once our undergo of put a barrier between self-identity and its moving comment is seen through with as a creating from raw materials (or as impermanent sincerity), the numinous recognition of God-in-us is just seen.

When we see through with and let go of our whole-hearted "buy in" to the object-oriented, security-driven perspective of "self", location is merely seen and lived, the affiliation with/in what is. With this seeing comes the appreciation that we are not just an object-identity nor a subject-source, not categorization nor unity, but the hugely action of development itself. We're not jib. Neither premise. We are some and neither. We are on a playing enclosed space of contradiction in terms. We are particle and thrash - and that which the self-propelling interchange is creating. We are what is arising through with empathy.

The Art of Realized Living

When we come to survive our lives as a imaginative activity of art - once we come to all second of now next to the unfold trust and enterprising self-confidence of the visual artist affianced in relation next to the textile of now - we go into into religious realization. More precisely, we don't "enter" or "become" thing. Simply, once the relationship is realized, what is and e'er has been, is simply seen. Not seen "by someone" - freshly seen.

Here, the aware is easy, natural, smooth and independent. Here too, the great superior skill of assembly regularly blooms near ever-new potential, bliss and amaze.

We are the crusade of creative activity itself - not merely its goal or subject, but a recurring affinity unfolding, in worship. 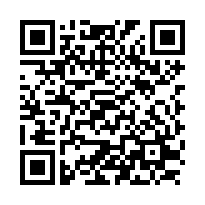